Today is the tenth anniversary of the Game Boy Advance, my favourite little handheld that could, and boy did it do it oh so well.

I've mentioned before that I bought my indigo GBA near the Japanese launch and the only games I could get at the time were Japanese ones so I opted to get Super Mario Advance and F-Zero. Both totally awesome experiences, especially F-Zero, which made me feel like I finally had a Super NES... IN MY HAND.

And the GBA was that essentially. A GBA in your hand. It would later go on to inherit the legacy of the Super NES as an all round awesome 2D graphics handheld portable gaming device (phew! That was a mouthful) by being the place for awesome 2D RPGs.

The GBA would be home to a series of some of the greatest Castlevania games ever, two great Metroid games, great (but not perfect) remakes of Super NES RPGs as well as many other great games.

Unfortunately this awesome little thing had one big great flaw. While it did allow you to play awesome games, it unfortunately didn't allow you to actually see them thanks to the lack of a backlight. This particularly sucked if you were playing in a cramped bus with ridiculously dark tinted windows, such as the bus that ferried students to my university. 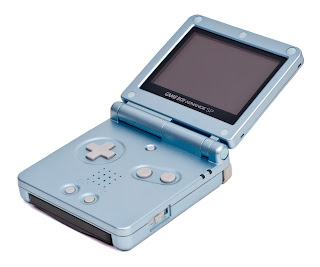 Though Nintendo eventually fixed that problem by releasing a new version of the GBA, it came with a new form factor -  a flip-top design, which was popular with phones of the time. While it made the new GBA more compact and therefore more portable, it was a digression of sorts. Players now held the GBA like they would the old Game Boy, which resulted in cramped hands. Well, at least it had a backlight now. (Technically it was a frontlight. A later revision would bring a proper backlight and that model is more sought after by collectors.)

Nintendo then decided to end the GBA's life prematurely after only three years (a stark contrast to the previous generation's lifespan of fifteen or so years) by announcing the next generation handheld, the Nintendo DS.

But before that happened Nintendo released two more variants of the GBA, which nobody bought but was in no way less awesome. 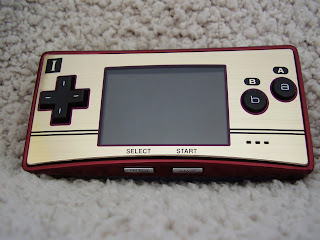 The Game Boy Micro, a mini GBA of sorts was actually released after the DS was launched. It had a bright and vibrant, but smaller screen and it returned to the original GBA's "wide" form factor. But because of its mini size, players' hands still cramped up. 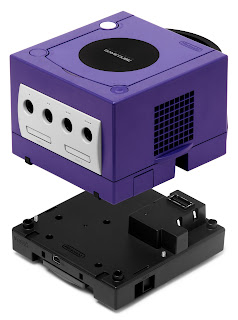 The Game Boy Player was an add-on for the Nintendo Gamecube. It was basically a GBA without a screen which attached to the bottom of a Gamecube and allowed you to play GBA games on your TV with either your Gamecube controller or a GBA with a GC-GBA cable. What is notable about it is that despite its physical form, most GBA adaptors and accessories were compatible with it, something the Game Boy Micro can not claim.


The GBA was the last of the Game Boy line only in name, but its spirit lives on in the DS... and hopefully the 3DS as well, which will be releasing around the world this week. (I think. Too lazy to check.)
Game Boy Advance Game Boy Micro Game Boy Player GameCube