March 02, 2011
I've been a bit busy at work lately so I haven't had the time to update this blog as frequently as I wanted to. There's a bit of a lull right now so I'm taking this chance to throw together some random, maybe unrelated thoughts on this blog.

After finishing Aria of Sorrow last month, I've been at a lost as to what long-term game I was going to concentrate on next. I was adamant this time I would not play yet another Metroidvania, so I've gravitated towards several games, some new to me, some old yet haven't received much attention.

I had bought a GBA around the time of its launch in 2002 and I thought I wanted to revisit the games I had bought back then - Japanese versions of Super Mario Advance and F-Zero (known as F-Zero: Maximum Velocity in the West). I still have the boxes of both games but the carts have long disappeared, thanks to a brother who doesn't know how to keep things properly. (Yes, I'm bitter over it.) 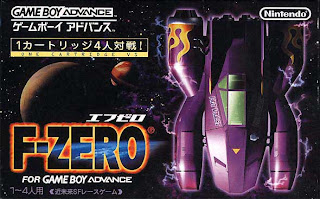 Loaded the roms onto a flashcart and played them both on my DS Lite. I didn't warm up much to the Mario game, despite me loving it a lot. I think I'm just sick of platformers at the moment. F-Zero however sucked me back in and I was transported back to a time when I was back in college, living with a bunch of collegemates.

The apartment I lived in had trouble with their electricity supply and the fuse often blew. That meant lots of nights in the dark and if we needed light, we had to open the front door to get light from the corridor outside. I had managed to convince a housemate who also bought a GBA around the same time as I did to also buy F-Zero and so on one of these powerless nights, we hooked both our GBAs together with a link cable and attempted to race each other.

The GBA of course did not have a backlight, nor a frontlight. So there we were hanging out in the corridor, racing our high speed hovercars, holding our GBAs at ridiculous angles just to see properly what was going on in the game.

I didn't think the lack of a backlight was that bad at the time, but having recently had a short play of Aria of Sorrow on an original GBA, I wonder how my eyes even survived. 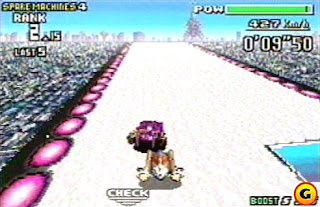 Anyways, back to F-Zero, I've only played the first Cup on Beginner so I haven't spent a long time with it yet. Due to the controls forcing you to tap the accelerator button over and over while holding either of the shoulder buttons if you wan to corner effectively at high speeds, I quickly developed sore thumbs. I love the game but I don't want to injure myself playing it.

So now I'm not sure if I'll continue to play it. We'll see. Maybe I should just get back to my unfinished playthrough of Mother 3. I think I'm very near the end already in that one.
F-Zero Maximum Velocity Game Boy Advance Mother 3 Super Mario Advance