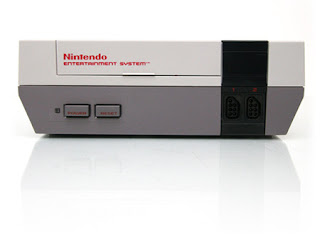 I'm not sure what got me into playing these games after having just repaired my PSone. I guess I was in the mood for shooters. World War 2 shooters, to be exact.

Well, it had been a while since I had played the original FPSes that started the World War 2 FPS craze so I thought now would be a good time to revisit them. Medal of Honor was the first FPS I played on a console and I remember being impressed by the controls at the time. I was, of course, familiar with the PC FPS mouse+keyboard setup so I was at first very critical of how Medal of Honor would play. That didn't last long. From the get go, I enjoyed blasting the endless troops of Nazi soldiers.

Fast forward to 2011. How would the game fare to today's standards? I didn't expect the control scheme to be any good. Turns out there's a control scheme in the game that you can choose that fits today's modern console FPS dual analogue stick control scheme. I was truly surprised by that as I thought the control…
Read more

Today is the tenth anniversary of the Game Boy Advance, my favourite little handheld that could, and boy did it do it oh so well.

I've mentioned before that I bought my indigo GBA near the Japanese launch and the only games I could get at the time were Japanese ones so I opted to get Super Mario Advance and F-Zero. Both totally awesome experiences, especially F-Zero, which made me feel like I finally had a Super NES... IN MY HAND.

And the GBA was that essentially. A GBA in your hand. It would later go on to inherit the legacy of the Super NES as an all round awesome 2D graphics handheld portable gaming device (phew! That was a mouthful) by being the place for awesome 2D RPGs.

The GBA would be home to a series of some of the greatest Castlevania games ever, two great Metroid games, great (but not perfect) remakes of Super NES RPGs as well as many other great games.

Unfortunately this awesome little thing had one big great flaw. While it did allow you to play awesome games, it unfor…
Read more

April 15, 2011
So the rumour mill has started on the next home console from Nintendo. One of the big features is apparently going to be a controller with a HD screen built-in. This can only mean one thing...